Gmail is now going mainstream. One sign is the Java app that came out last week is appearing loaded onto new mobile phones.

But New Changes to the Gmail Interface clearly miss the mark
Gmail has added some new interface elements, namely a contextual drop-down menu as part of every message. 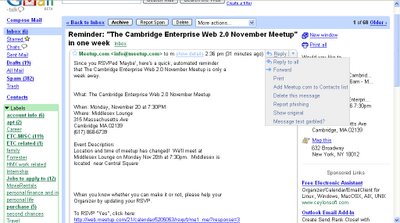 This menu could have been added for many reasons — maybe to reduce screen clutter, or to highlight key features of the mail service.

But the end result is unmistakable — Gmail is becoming just like every other web-based email service before it (eg: Yahoo! Mail). With the same errors (see the image below). The same clunky interface (how is user supposed to know what that down arrow means at the top-left of a message… or that it’s clickable… or that there’s even a menu there?). 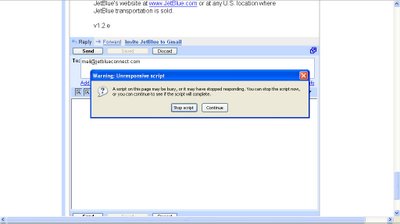 What does it mean when the apps that defined innovation and simplicity become themselves complex and broken because of a poor attempt to appeal to a broad audience?

I know Google and the Gmail team are talent folks and do a lot of testing — and that the kinks with these rounds of interface tweaks may (and probably will) iron themselves out. But bottom line: I expect a lot from a company like Google and it’s designers. These “5 new features” that Gmail now totes atop every page — they’re so far off the mark in terms of clear, clean ease-of-use, and the true value of what a mail app should be. 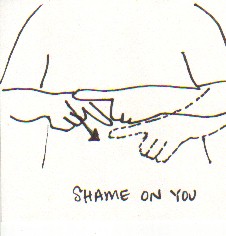