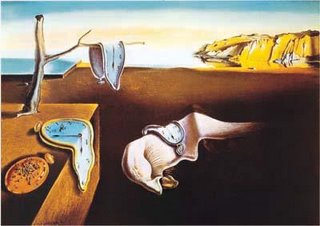 Robert Scoble, super-blogger extraordinaire, was really revealing today in his blog — it’s a post I found moving because it was so open (as he often is), but the post also raised a question for me:

What is the memory of the internet?

There are moments, often once or twice in a generation, which few forget even the smallest details of. JFK or Martin Luther King’s assassinations. The day the Towers fell — where were you then? What did it feel like? What did people’s faces look like? What did the sky look like? How did you spend the rest of the day?

Most people can answer these things. There is great permanence to memory. But is there permanence to the internet? A small post like Scoble’s is like a letter in a bottle — a timestamp on cultural mood and mind. But will it be around 5 years from now? 500 years from now?

There’s the Internet Archive, yes, but this is like some 4th grade elementary school class’ time capsule compared to what’s really needed to capture the internet.

To anyone who reads this today, tomorrow, or years from now, I hope your September 11th, 2006 was not a gloomy one, but a healing and introspective one.