1) Google, the philanthropist — apparently Google will be FOR profit, not a non-prof, more of a venture-capitalist patterning sub-company than a foundation. And to me that sounds Fantastic. This comes at a time where the US Government seems to stifle scientific and technological advancement rather than support it. If Google can fund startups and drive them the way they have services like GMail and Google Maps, maybe this can work? Check out the NYTimes’ artricle for more info. 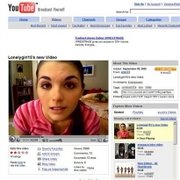 2) Talking Heads — What I find most surprising about the news that Lonelygirl15 is a “hoax”, is that this is considered news. The videos of a teenage, home schooled girl on her webcam — spread on YouTube and Myspace — are so clearly produced by a talented video editor, rather than a 16 year-old, and they’re not that entertaining to begin with. Why are people fascinated with this crap? I’m in awe of how popular it’s become. This is the power of YouTube in a nutshell. 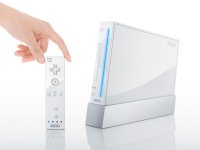 3) Wii can change the world — The video game community has waited for almost a year to here it: November 19th, $250. That’s the release date and price tag of the new Nintendo Console, the Wii. Mark my words: The entire video game consol industry is riding on this one. The Wii could very well make or break video games as a mass-media form of social entertainment. I personally, can’t wait to buy it.

4) Life and Death on the Internet — This Flash-driven map of the world symbolizes and tracks death rates, birth rates, and global pollution. It reminds me of the amazing game by Bob Rynyan, Real Lives, where you could live out the entire life span of someone in a third-world country in just about an hour. Real Lives was a wonderful education tool. Breathing Earth is cool, but falls short of an immersive experience.